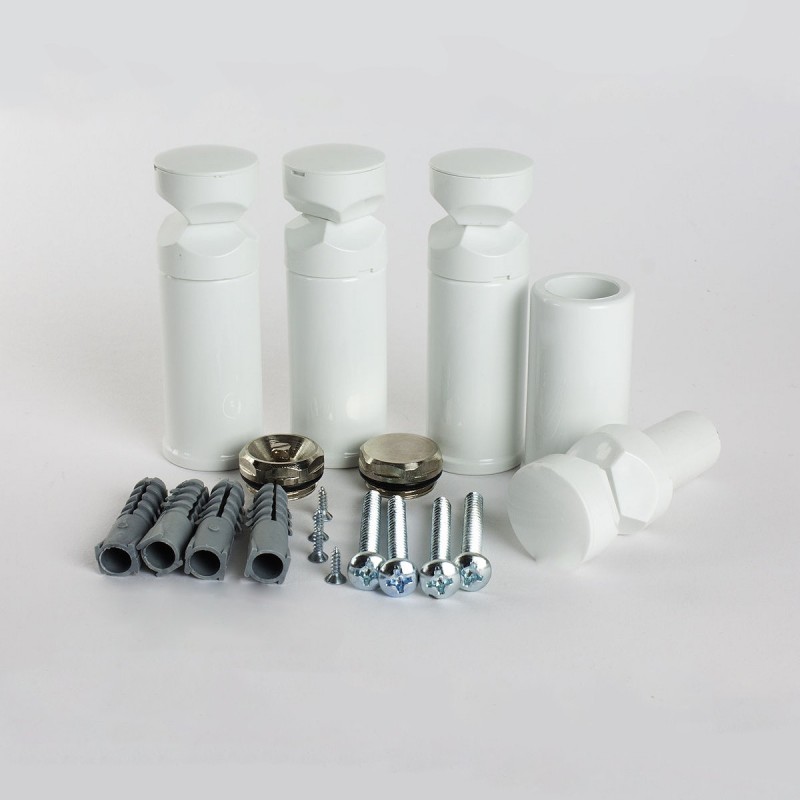 These white towel rail wall brackets can be used for standard towel rails.

They are adjustable and will allow you to alter the distance from the wall to the front of the towel rail between 80 to 115mm.

The brackets are very strong and will support towel rails up to 1800mm high.

Included in the Box of Brackets: 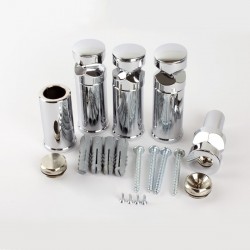